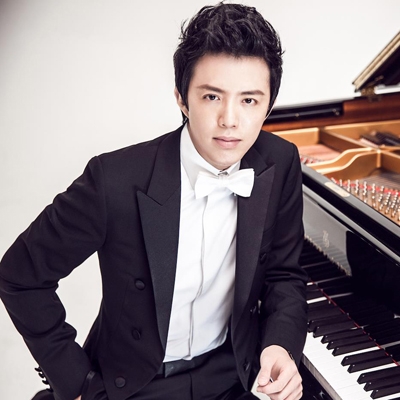 The New York Times praised his performances “the brilliant young Chinese pianist, has proved a technically astounding pianist who is by turns elegant and rambunctious, coolly expressive and white-hot.

In addition to his activities on the concert platform, YUNDI is also passionate about humanitarian work, which includes acting as an ambassador of the Red Cross Society of China and for his hometown of Chongqing. Equally committed to promoting classical music in an educational context, YUNDI is one of the pioneers of musical education in China, where his success story has played a crucial role in millions of children learning the piano. He has also given masterclasses at the Royal College of Music, University of Cambridge and Qinghua University in Beijing. In Autumn 2012, he was appointed Associate Dean and Professor of the Piano Faculty at the Sichuan Conservatory of Music.

YUNDI has released fifteen CDs worldwide on Deutsche Grammophon and EMI Classics. In 2003 the album Liszt won the German Echo Album solo award, the Netherlands Edison Award, the Chinese Gold Record Award and the New York Times ‘Annual Recommendation’. In 2007, he became the first Chinese pianist to record live with the Berliner Philharmoniker and Seiji Ozawa. This Deutsche Grammophon disc met with rave reviews and was named ‘Editor’s Choice’ by Gramophonemagazine. On EMI Classics, he has released the complete Chopin Nocturnes, Live in Beijing (the first live recording to emerge from the National Centre for Performing Arts in Beijing since its inception in 2007) and Red Piano. (An album celebrating piano music written by Chinese composers)