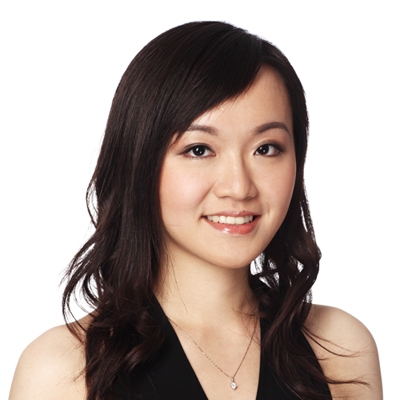 Soprano Louise Kwong is currently studying at the Dutch National Opera Academy (DNOA) in Amsterdam. She obtained her Master of Music degree at the Conservatory of Amsterdam, the Netherlands, where she studies classical voice with Sasja Hunnego. Before moving to the Netherlands, she has studied with Ms Chan Siu Kwan and Kathleen Livingstone. She obtained her Bachelor of Arts Degree in Western Music from the Chinese University of Hong Kong and Post-graduate Diploma with distinction from the Royal College of Music, London.

In April 2012, Louise has won the Second Prize, the best Soprano prize in memory of “Dame Joan Sutherland” and the Audience prize in the 18th International Singing Competition “Ferruccio Tagliavini” held in Austria. She was invited to give concerts at Graz Opera House in April and Bad Radkersburg in August 2012 with the Graz Philharmonic Orchestra.

Her recent concert appearances include Bach’s h-Moll-Messe and Mozart’s Mass in C Minor in August 2011 and 2012 respectively under the baton of the world renowned conductor Helmuth Rilling in Hong Kong; Alisa in Donizetti’s opera Lucia di Lammermoor in Hong Kong in January 2012; Karl Jenkin’s Requiem in February 2012 under the composer’s baton; Mozart’s Requiem with Stephen Layton; Britten’s The World of the Spirit and Haydn’s Paukenmesse in September 2012 with Hong Kong Oratorio Society and Santuzza in Mascagni’s Cavalleria Rusticana in January 2013.

​Her upcoming operatic engagements include the title role Xiao Hung in a newly composed chamber opera Heart of Coral in the Hong Kong Arts Festival 2013, Contessa in Mozart’s Le nozze di Figaro with DNOA in the Netherlands and Dido in Purcell’s Dido and Aeneas in Hong Kong in August 2013.