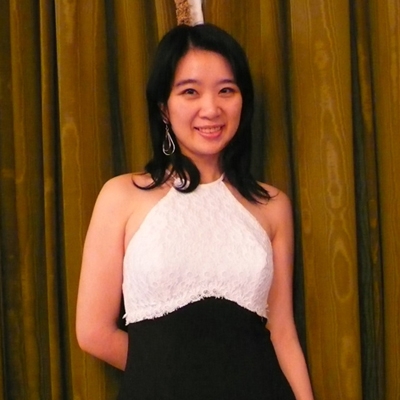 A former studio teaching assistant of Dr. Nelita True and the School’s Theory Department, Helen Cha is a Performer’s Certificate holder who just received her Doctorate of Musical Arts from the Eastman School of Music in May 2010.

Born in Shanghai in 1984, Helen Cha entered the Hong Kong Academy for Performing Arts Junior Music Programme and studied with Poon Tak since the age of nine. She further her studies with Gabriel Kwok during her undergraduate years at the Academy and finished her Bachelor’s degree with first class honours in 2005. Not only did she become the first recipient of FRSM diploma in Hong Kong in December 2003, she also claimed top prizes at the 12th Hong Kong (Asia) Piano Open Competition – Open Class, concerto competitions at Piano Texas (2006) and at the Eastman School of Music (2007), and Thousand Islands International Chopin Competition (2009). Helen Cha has performed solo recitals in North America, Europe and China, and collaborated with various orchestras, including the Hong Kong Sinfonietta, Fort Worth Symphony Orchestra and Pan Asia Symphony Orchestra, among others. Recently she received high acclaims for her two solo recitals in the city of Derby, England, and was interviewed by the local BBC Radio. A keen participant of community outreach programmes such as the Washington Square Series and concerts presented by the Rochester Piano Teacher’s Association, she has been sharing her love for music in various schools and senior houses by giving solo and chamber performances.

Helen Cha is the recipient of prestigious scholarships including the Jockey Club Scholarship for Bachelor’s Degree and for overseas studies. She was also chosen as a Doctoral Marshal for the 2010 University of Rochester Commencement Ceremony by the Dean of Eastman School based on her academic achievements.