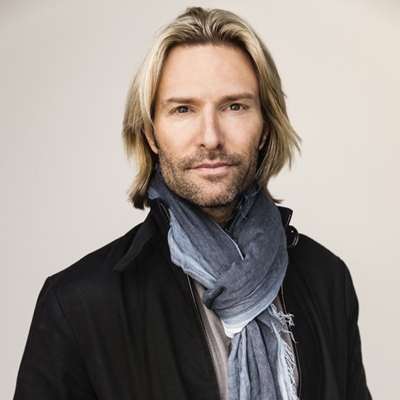 “Whitacre is that rare thing, a modern composer who is both popular and original” – The Daily Telegraph, London

Eric Whitacre is one of today’s most popular and frequently-performed composers. His remarkable global appeal has been enhanced by his achievements as conductor, innovator, broadcaster and charismatic public speaker, and by the best-selling success of his recordings. He is Composer-in-Residence at Sidney Sussex College, Cambridge, UK. In addition to his extensive output for choir and vocal ensemble, Eric’s orchestral works have been performed by some of the world’s most distinguished orchestras both sides of the Atlantic.

Eric’s first album as composer and conductor, released by Decca as Light & Gold, won the 2012 Grammy® Award for Best Choral Recording. The recording reaped a harvest of five-star reviews and topped the US and UK classical album charts within a week of its release. His second album for Decca, Water Night, secured No.1 position in the iTunes and Billboard classical charts on the day of its release in April 2012. Artists from around the world have recorded Eric’s original compositions, bringing his work to the attention of a global audience.

The range of Eric Whitacre’s international reach increased in 2010 with the launch of his ground-breaking Virtual Choir, ‘Lux Aurumque’. The online project, inspired by a young singer’s video posting, was created by 185 singers from a dozen different countries. The project grew in numbers with Virtual Choir 2.0, ‘Sleep’, and Virtual Choir 3, ‘Water Night’, Virtual Choir 4 ‘Fly to Paradise’ receiving over 8,400 submissions from 101 countries. To date, the four Virtual Choirs have registered over 15 million views. Recent Virtual Choir projects include ‘Glow’ written for the Winter Dreams holiday show at Disneyland© Adventure Park, California, and the Virtual Youth Choir, in association with UNICEF, which premiered at the Glasgow 2014 Commonwealth Games.

Many of Eric’s works have entered the core choral and symphonic repertories and have become the subject of scholarly works and doctoral dissertations. His list of works includes prestigious commissions for, among others, the BBC Proms, the London Symphony Orchestra and Chorus, Chanticleer, Julian Lloyd Webber and the Philharmonia Orchestra, The Tallis Scholars, the Berlin Rundfunkchor and The King’s Singers. His musical, Paradise Lost, won both the ASCAP Harold Arlen award and the Richard Rodgers Award, and earned ten nominations at the Los Angeles Stage Alliance Ovation Awards. Eric’s versatility is also reflected in his collaboration with legendary film composer, Hans Zimmer, with whom he co-wrote the ‘Mermaid Theme’ for Pirates of the Caribbean: On Stranger Tides. Over recent years, Eric has collaborated with British soul artist Laura Mvula, Annie Lennox, composer Jeff Beal of House of Cards fame and accordionist Ksenija Sidorova.

As a natural and persuasive orator, Eric Whitacre has been invited to address the UN Leaders Programme and to speak for UNICEF and Google amongst others. He has appeared twice on the main stage at the hugely influential TED conference in Long Beach CA, earning standing ovations on both occasions; his 2011 TEDWeekend talk, co-hosted by TED and The Huffington Post, was among the most popular in the event’s history. In recent years he has addressed audiences worldwide, at leading universities, the Economist, Seoul Digital Forum and other high-profile global institutions.